This is happening next Saturday,  11th August, 2012, at 1.5 miles approx from Newtown Mount Kennedy in Co. Wicklow in Ireland. 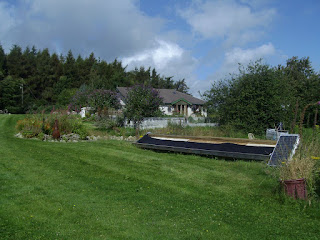 The venue is the beautiful Slí na Bandé, ( click here for the Google Map link )
and for additional directions including public transport - click here

This is a staggeringly great day at the bargain price of €25 per person
but if you book your ticket online before Saturday its on €20. per person
click here to book your generous discounted tickets here

This event is arranged, hosted and co-ordinated by Luke Eastwood ( click for his web site here ) one of the founders of the Irish Druid Network (click for their web site here ) 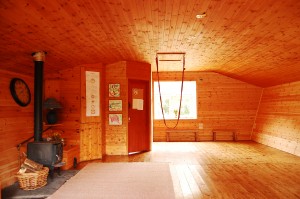 The Day starts with an Opening and Welcoming Ceremony at 10:00 am

10:30 am Luke Eastwood - The Magic of Nature
Luke is a member of OBOD, Druid Clan of Dana and Ord na Druí; he is also the facilitator of Solas Nemed (a druid grove in Co. Wexford), co-founder of Irish Druid Network and author of The Druid's Primer.

12:30 am Tara Roche - Traditional Skills Workshop
Tara has long been interested in the traditional crafts of this and other lands. She has been involved in many creative projects, most recently creating sacred living willow spaces honouring the Celtic wheel of the year. She has also studied permaculture and has experience in horticulture and a range of natural building techniques. She was involved in the organisation of a small festival called “Seanchas” which aimed to promote the magic of ancient craft and facilitate people re-learning these age old techniques. For her true connection to the earth comes in being able to sustain oneself in direct connection with her while allowing her creative forces to flow through.

2:30 pm John-Paul Patton - The Poet's Ogam
John-Paul Patton has studied the esoteric for over 20 years with a particular focus on Thelema, The Irish Magical Tradition, Taoism and Tantra. He has been recognised in Ireland, for many years, as a leading authority on esoteric Ogam studies. John-Paul delivered a headline talk on Ogam at the first ever 'Witchfest Ireland' event in Dublin, he also gave a well received lecture and workshop at the 'Awakening' conference in Manchester and has delivered a number of talks and workshops on Ogam over the years. In his professional life John-Paul is Head of a Media Studies Department and a Teacher of English. Other interests include performing as the lead vocalist in the rock band Spiral Force.

3:30 pm Cáit Branigan - Shamanic Workshop
Cáit is an Ordained Priestess of the Western Mystery Tradition, a Bean Feasa (Shamanic Practioner) and Healer working within the traditions of Ireland. The healing arts have come through her mother's family line, however, she also trained with Caitlin Matthewsand Naomi Ozaniec . She is an Ovate with the Order of Bards, Ovates and Druids and a member of the Fellowship of Isis. Cait works with individuals for healing at her centre in Co. Wexford. An essential part of her work is in the area of Women’s Mysteries in which she has conducted workshops and ceremonies around the country. She also facilitates sweat lodges within the Irish Tradition and performs Rites of Passage for the community.

4:30 pm John Willmott with harpist Claire Roche -  Yes! Us :-)
Be A Bard : The Creation Of Inspiration, Language, and Expression.
John is keeper and guide at his Garden of Labyrinths in Co. Sligo and author and performer of Ogma's Tale of The Trees. Claire's harp work has and does include music for inspiration and harps for healing with Madeleine Doherty. John has been involved with storytelling, folk drama and visualization for 55 years. Through this hour participants will be invited to engage on a journey through opening inspirations, the creation of new language and into the bardic sharing of it.

6:00 pm Talking Circle - featuring everyone
to talk about the day

7:30 pm Music & Storytelling with Deirdre Wadding and Fran Greene
keeping going until midnight with story and music performances by Deirdre and Fran
and some guest performances including open mic without a mic
along with sessions, chant and community.

I hope you will agree this will be an outstanding event
still time to book to get best price tickets, and directions are here ...

I hope you can be there and join us. 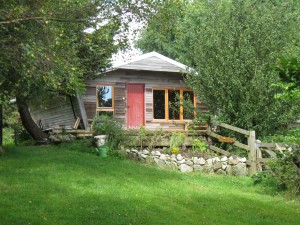